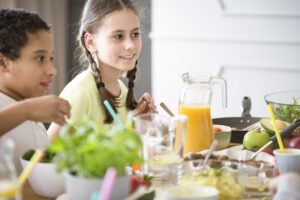 Introduction to the GFCF/GFCFSF diet

The gluten and casein (and soy) free diet was the first “special diet” that caught on in the world of the biomedical treatment approach for autism. Today, it is considered a foundational diet for many children with autism.  The main premise of the GFCFSF diet is the elimination of all foods containing gluten, casein and soy from the diet, with the goal of alleviating a range of symptoms experienced by individuals with ASD as well as ADHD and other related disorders. This diet may be implemented for individuals who are unable to properly digest these proteins, have one or several types of allergies to these proteins, or have a sensitivity to them.

Gluten is a protein present in wheat, rye, barley, and oats and other ingredients derived from these grains. It is present in foods such as breads, pizza, pastas, cakes, pastries, noodles, and cold and hot cereals. However, it is also present in certain processed products such as non-dairy creamers, malt drinks, sauces, chocolates, beer, gravy, mayonnaise, stocks, and processed meats. (See end of article for a more complete list.)

Casein is a protein, found in the milk of mammals. Eliminating casein from the diet requires removing all dairy products and foods which contain dairy ingredients (found in list at end of article). In addition, casein is also rich in glutamate, an excitatory neurotransmitter which can increase anxiety and/or hyperactivity in certain children.

To date, most clinicians who work with the diet also recommend that soy also be avoided for most children, due to the close similarity of the structure of soy peptides to that of gluten and casein peptides. [Note: For those individuals with sensitivity to just one of these proteins, gluten free diet, a casein free diet or a soy free diet may be more appropriate.]

The GFCFSF diet began to take hold in the autism community after Dr. Karl Reichelt, a researcher in Norway, found abnormally high levels of peptides in the urine of people with autism. These results were later replicated by Dr. Paul Shattock at the University of Sunderland in the UK. Since the levels of peptides they were both discovering greatly exceeded what could be attributed to originating from the CNS, the researchers presumed they were coming from the incomplete breakdown of certain foods.1,2

Further studies led them to discover that the intestinal enzymes of these same individuals which were supposed to be breaking down proteins into smaller peptides and then amino acids, were not working the way they should; the resulting incomplete digestion process left undigested peptides in the gut, namely casein and gluten (casomorphin and gliadinomorphin) which remained biologically active and passed into the bloodstream, causing neurological symptoms. Today, there are quite a few studies which explore opiates in autism1-3, and the reduction of gastrointestinal symptoms and of autistic symptoms with a GFCF diet.4-6

In addition, it is also known that gluten can trigger an inflammatory response in the GI tract of some individuals. The presence of such inflammation can lead to altered intestinal permeability, and in turn, may cause nutrient absorption issues, as well as intestinal hyperpermeability or ‘leaky gut’ which can result in large molecules being absorbed into the bloodstream, which are not normally able to pass through, and often result in the development of allergies. Increased absorption of gluten, casein and their metabolites as well as other proteins into the bloodstream and potentially across a ‘leaky’ blood-brain-barrier, may worsen autistic symptoms and other neuropsychiatric symptoms.

Although there is a growing body of research to support the use of GFCFSF diets, the media often fails to report this info, creating a wide misconception about the efficacy of this diet for children with ASD. Here is just some of the research that has been done on the diet which has shown positive results:

In addition to the research-reported benefits, many parents and clinicians report the following changes in children on the GFCFSF diet:

While the GFCFSF diet can be life changing for many families, it is important to make sure your child’s special diet does not become limited or restricted in variety and nutrition. Here are some of the key nutrients to watch out for on such a diet:

Calcium: Since dairy is a chief source of calcium for many children, it is important to be sure to replace calcium with other foods or better yet, a supplement.(LINK)

Fiber: Many children who rely on starchier GF foods while transitioning to the diet may have limited fiber intake. Check out my high fiber food list (LINK) or consider supplementing fiber while diet balances out (LINK).

Overall nutrition: The diet is still restrictive of commonly consumed foods thus it is highly recommended to work with a nutrition professional to make sure that your child is getting adequate nutrition overall.

Arsenic: This diet often includes a higher amount of rice when GF food substitutes are incorporated – please limit rice intake to avoid excess arsenic consumption, which has been linked with adverse health effects in multiple organ systems including the stomach, kidneys, liver, and in coronary heart disease and diabetes (nutrition.org.uk).

Please note, the following are to be used for educational purpose and general guidelines and are NOT complete lists.

[Note: Some lactic acid can be derived from cornstarch, potatoes and molasses, which would be an acceptable source]

All Flours made from Wheat, Barley, Oats, Spelt, Rye and Kamut:

All Cereals made from Wheat, Barley, Oats, Spelt, Rye and Kamut:

Lecithin (many soy sensitive people have no problem with soy lecithin, though)